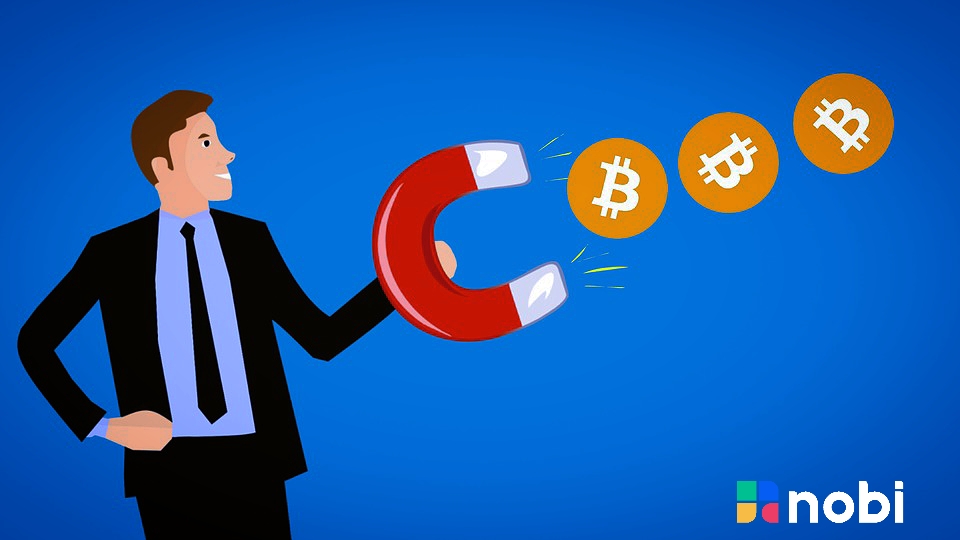 Are Traditional Investors Turning To Cryptocurrencies?

a game changer for traditional investors?

After the 2008 recession, Bitcoin was released. However, the big investors of Wall Street ignored it at that time. They avoided Bitcoin because they are skeptical about the investment. They didn’t believe whether the value will increase in the future or not. However, many big investors are now turning to invest in bitcoins. Now, the price of Bitcoin (BTC) has just reached a milestone and another all-time high again. This time it reached US$ 50,000 and it doesn’t look like it’s slowing down. What impact will this cause for traditional and institutional investors? Are cryptocurrencies finally going mainstream?

The crypto world is a fast-moving industry, not only with the volatility price, but new methods and technologies seem to be popping up every day, and slowly mainstream companies are accepting cryptocurrencies as a form of payment. Recently, Mastercard also announced on their website that this year, they will start supporting select cryptocurrencies directly on their network; “We are here to enable customers, merchants, and businesses to move digital value — traditional or crypto — however, they want. It should be your choice, it’s your money.”

Unlike fundamental investments like gold, properties, and stocks, cryptocurrencies are not the first pick among traditional and institutional investors. Some of the reasons why are; the stigma on crypto investments still lingers as they are considered as a “ghost” asset. This is because cryptocurrency is a paperless, intangible form of digital asset. Which means a cryptocurrency has no physical form. In economics, something has value if it has scarcity and utility. Scarcity just means that something has a finite supply. But in the case of Bitcoin, the cryptocurrency has a limited amount of 21 million Bitcoins. Another factor is the volatility price of Bitcoin.

Bitcoin is a “bubble”

There are a lot of people particularly skeptics that believe Bitcoin is no more than a bubble. Even though Bitcoin’s price does fluctuate heavily, that doesn’t mean that it hasn’t got any consistent value. While some traditional investors are saying that Bitcoin’s bubble has burst a long time ago, other investors on the contrary have no problem investing in something that is considered to be volatile. Bitcoin’s price being volatile is considered a magnet for some investors to invest in Bitcoin, hoping and expecting that its price will skyrocket in the near future.

Bitcoin has been around since 2009, but it only began to rise in popularity among mainstream institutional investors last year. According to Bitcoin trading activities on eToro crypto platform, the number of women going into Bitcoin on the site has doubled compared with the last bull run. Bitcoin may be the most popular asset in the cryptocurrency markets, but not everyone loves Bitcoin. There are many Bitcoin and cryptocurrency skeptics, particularly investors. However, there are also some skeptics who turned believers. Here are some well-known skeptics who eventually “changed their mind” on Bitcoin:

Niall Ferguson is an economic and financial historian and the author of the book ‘The Ascent of Money,’. Back in 2019, he told the audience at the Australian Financial Review Business Summit that he was “very wrong” about Bitcoin and cryptocurrencies. This realization came five years after Niall said that he believes that buying Bitcoin was the “worst investment decision of his son’s life,”.

The former executive editor of Business Insider once wrote that ‘Bitcoin Is A Joke’ and a bubble. “Make no mistake, Bitcoin is not the currency of the future. Only about a month later, he wrote ‘I’m Changing My Mind About Bitcoin’ where he retracted his initial statements about the world’s leading digital currency.“I used to think it was a joke or at best a currency for clowns. Now, I no longer think that. Now, I don’t know what its future is,”.

Most people in crypto know Don Tapscott as the co-author of the book ‘Blockchain Revolution’. Before becoming the co-author of the book, he was a skeptic. Tapscott changed his mind and said: “I’ve changed my mind. I used to think it would never fly; now I think it’s not only going to fly as a currency, but the underlying blockchain technology is a core part of the next generation of the internet, that will radically transform many of our institutions in society.

In November of 2017, Musk denied allegations by a former SpaceX intern that he was “probably” Satoshi Nakamoto, the anonymous inventor of Bitcoin. Musk isn’t actually a skeptic, but initially, he’s just wasn’t a fan of Bitcoin. In 2018 when being asked on Twitter, about how much Bitcoin he owns, he replied that surprisingly only owns 0.25 Bitcoin which a friend sent him several years ago. And admits doesn’t have any crypto holdings.

Fast forward 2021, Tesla purchases $ 1.5 billion in Bitcoin and said it might soon accept payment in cryptocurrencies. Musk also changed his Twitter profile to #Bitcoin, pushing Bitcoin’s price to spike in an instant! And in an appearance on the Clubhouse app said that he was a “supporter of Bitcoin.”

The price of Bitcoin (BTC) now has reached $56,030. (by the time of writing), pushing the coin’s total market capitalization above $1 trillion, according to crypto metrics platform CoinGecko. Market capitalization is the total number of coins currently in circulation multiplied by their current market price. Basically, the combined worth of all existing BTC.

As you know, investing in Bitcoin and other cryptocurrencies a high-risk investment digital asset. And the value of Bitcoin fluctuates within a high range, and it’s quite unpredictable. It is important that, before you invest in any company or asset, you must understand it clearly. And when it comes to cryptocurrency, then you should be more careful and understand the risk involved in it. So, are you a skeptic, or a believer?

For any questions, suggestions, feedback, or even comments, feel free to reach us anytime at roadmap.usenobi.com or follow us on Telegram.