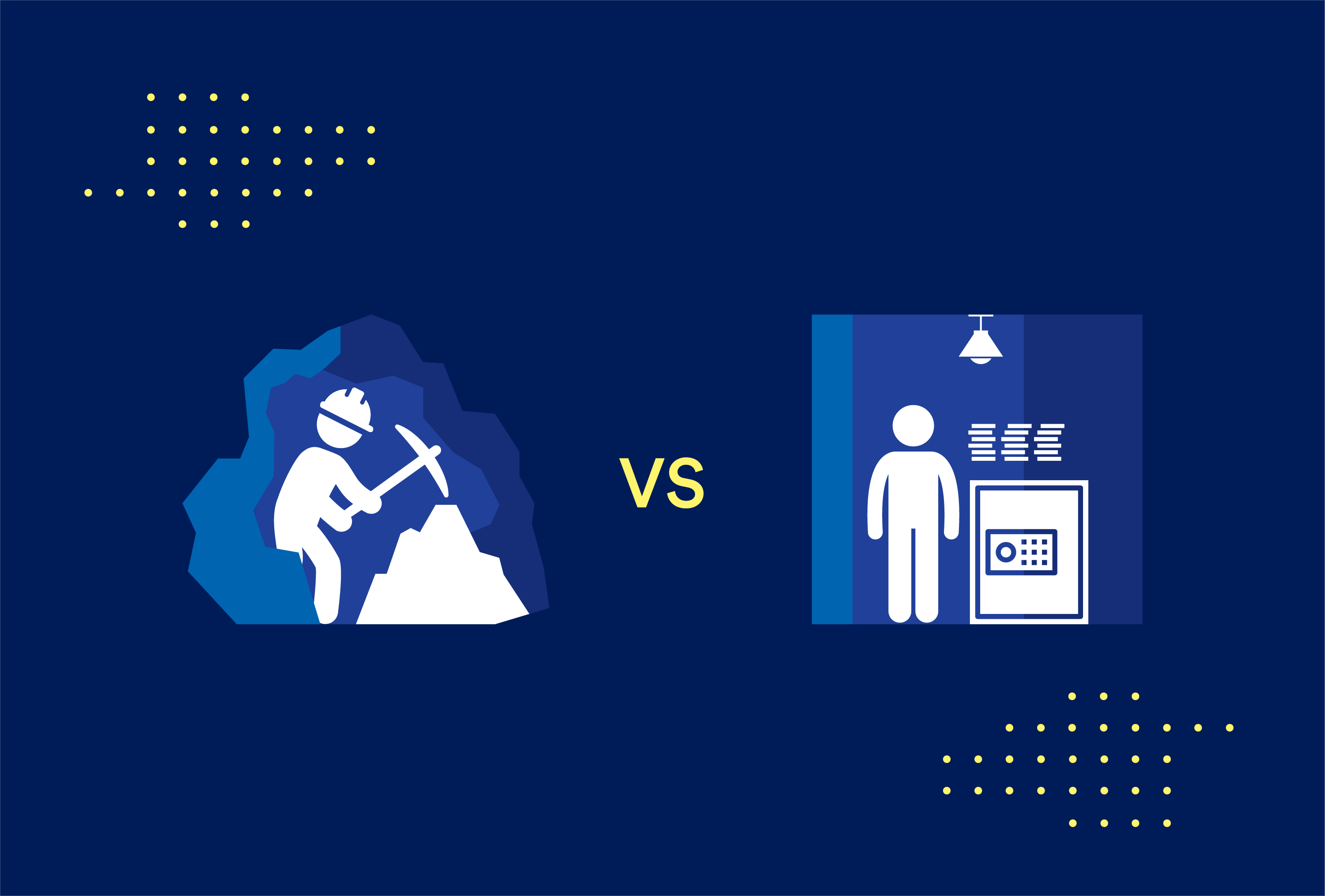 Why Stake? Choosing between Crypto Mining and Crypto Staking

Crypto staking is a rather new idea in this century. It is a new way to get passive income. It is the new ‘mining’. We will discuss how it differs from cryptocurrency mining in this article.

First, we are going to see how it works. Crypto mining has the Proof-of-Work consensus mechanism. Transaction in blockchain has to be validated in order to enter the public ledger, and we know the validating node as the ‘miner’.

All miners in the network use their computer power to solve sophisticated algorithms which then produces a block that chains to the block before. After that, the transaction is validated and the miner that succeeds in solving the cryptographic puzzle of the block will get the reward of new-minted coin and network transaction fees.

Crypto staking, on the other hand, is using the Proof-of-Stake consensus mechanism. There is no mathematical puzzles need to be solved in this mechanism. Instead, the creator of the block is determined based on the amount of coin that the creator possesses.

Individuals who have more coins (or more stake) will have bigger possibilities to be chosen as the next block validator of the transaction. If they do, they will receive transaction fees as rewards. The proof-of-stake mechanism does not mint new coins but instead created all the coins in the very beginning. Therefore, rewards of crypto staking are purely transaction fees.

Mining requires high computational power which is very energy-intensive and leads to high electricity costs. Not to say the initial investment in the mining equipment is also relatively expensive. On the other hand, staking does not require those costs. Instead, an individual needs to stake some amount of coins as collateral for a determined time in a running masternode.

Mining in the Proof-of-Work system is having a risk of centralization as this activity shift from community to fewer hands. Large mining farms who invested in more equipment will have more computational power due to bulk purchase deals and also better efficiency of high-end equipment.

It means that large mining farms will have a competitive advantage over those who do mining individually. The proof-of-stake system remained decentralized as the rewards distribution is fair according to each individual staking position. This is in line with the decentralization spirit of a blockchain.

How to start crypto staking?

We are here to help you!

With Honest Mining, you can stake in profitable coins without running the whole masternode. As collateral for one masternode can be relatively high, Honest Mining platform serves as the gateway for shared masternode service. You can run a masternode together with thousands of others on this platform and share the rewards with them.

Besides the services stated above, Honest Mining also plans to open service for individuals who would like to run the full masternode in 2020 roadmap.

Crypto staking provides multiple benefits. Besides annual yield that is relatively high compared to time deposit in Banks, the cryptocurrencies themselves are increasing their value over time. This is what we call compounding your crypto asset. You can see DASH, which is one of the listed coins in Honest Mining year to date price movement chart below as reference: 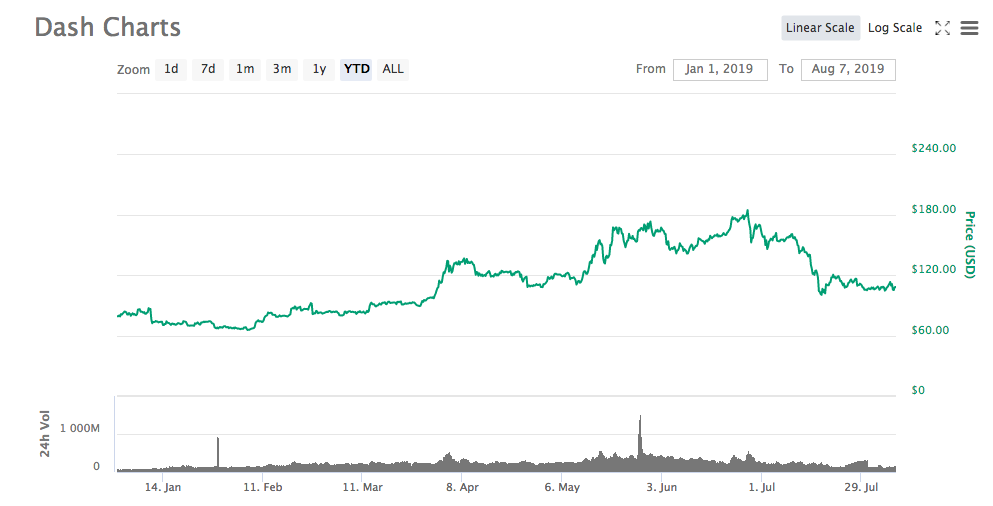 Before you stake, make sure you do research about the coin you would like to stake in. The cryptocurrency market is volatile therefore staking does not mean without risk.

Time waits for no one. Stake today and compound your crypto now.