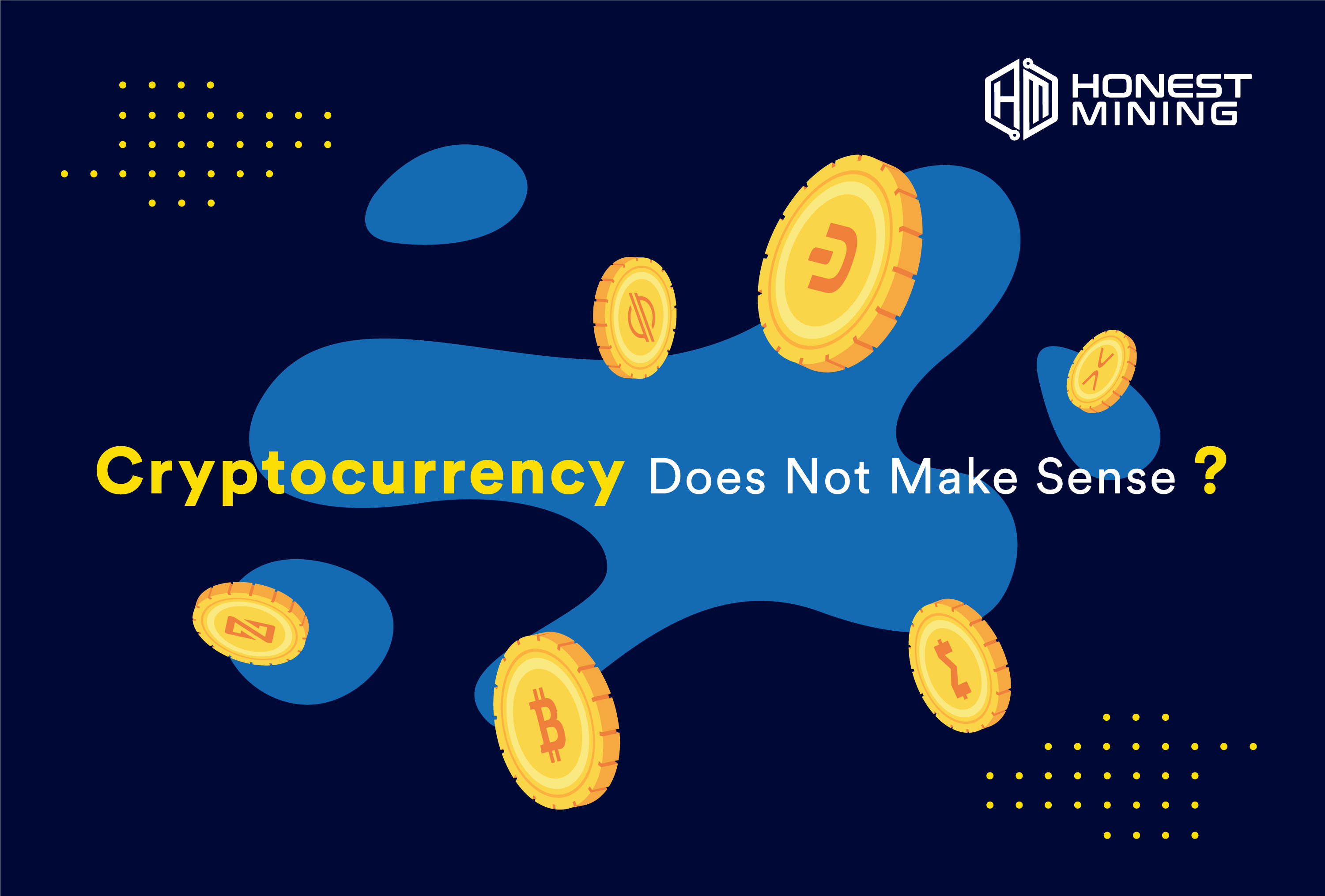 Cryptocurrency Does Not Make Sense?

You heard about it, you wondered about it and you Google search about it. Yes, cryptocurrency is a new thing and a hype thing it is. Some are welcoming it with enthusiasm while many others skeptically ignore it because it is confusing. However, with new blockchain technology served in this era’s platter, you might not be able to ignore it for long. Cryptocurrency is growing and it will bring financial revolution before you know it. In conclusion, you better learn about it.

To put it simply, blockchain is a technology that enables network peer-to-peer transaction to be recorded in decentralized public ledger. What makes it different from any other digital ledger is that blockchain does not require a central governing body as a trusted party to record a transaction. Instead, transaction in blockchain is validated by numbers of mining node so the validation process is decentralized. Decentralization is the main key in blockchain. These decentralized miners, use their own computing power to solve algorithms validating transaction by producing a code known as a hash. A hash has to be connected to previous hash, and so is the next and therefore it forms a chain, and we call it blockchain.

Cryptocurrency is a digital asset that is formed and managed using sophisticated encryption system known as cryptography. It is both currency and digital asset. People can be use it to pay for things and also buy it as a long-term investment. Bitcoin is the first cryptocurrency that enables blockchain technology. An individual can transfer Bitcoin to another directly and Bitcoin network ledger will record it when all decentralized miners validated it. Miners who invest their computer power to validate those transactions will be rewarded by Bitcoin.

Here is a case example. Assume Bob wants to transfer some money to Amy. In traditional financial system, process of network money wire transfer will include a third party, for example a bank. While in the new scheme using blockchain, cryptocurrency is used as the digital asset to transfer. Bob can transfer an amount of money, let’s say in Bitcoin to Amy. All miners in the network will validate this transaction. After all the nodes have a consensus, transaction is valid and thus recorded and finished. The cryptocurrency transaction records will be there forever and nobody can temper it. It is transparent.

Bitcoin as a digital asset has seen increasing value over the years. It started in 2009 with $0.03 per Bitcoin and has reached $12,637 in June 2019. Bitcoin value fluctuates often, but the overall long-term value chart is in upward movement. There are thousands of cryptocurrency besides Bitcoin today. People call them Alternative Coins or Altcoins. Some major altcoins include Etherium (ETH), Ripple (XRP), Monero (XMR), Dash (DASH), etc.

Cryptocurrency world is still a work in progress. There are numerous projects emerging each year, and more people are becoming aware of crypto space each day. As a new alternative of investment, cryptocurrency promises a bright future. Some choose to invest through mining and others speculate in short-term trading. We will discuss more in depth about cryptocurrency and the investments in it in the next posts. Stay tuned!