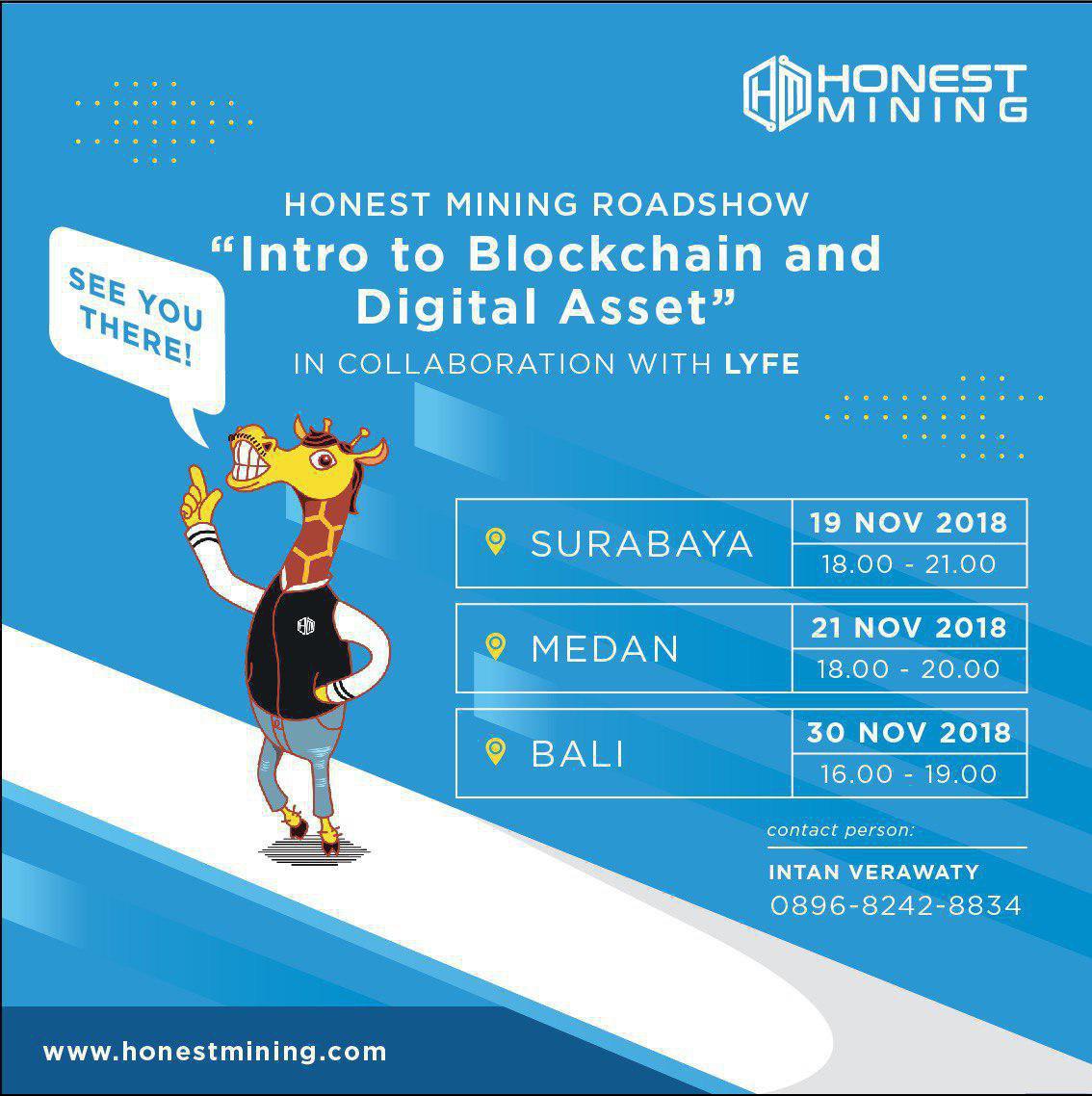 Honest Mining was on the road throughout November to gather & introduce digital assets & blockchain in Indonesia. People who came were curios, a few were intrigued, and with some of the negative news – we realized many were scared.

There is a saying in Indonesian language, “Tak kenal maka tak sayang“.  We are glad that after the event, many realizes that digital assets are not something to be afraid of. They were excited to see the unlimited potentials that blockchain offers, and how Honest Mining can help them be part of this movement.

We are also thankful for:

Surabaya is the second largest city of Indonesia. It is a port city on the Indonesian island of Java that is really vibrant & sprawling metropolis. The city consists of modern skyscrapers with canals from its past Dutch colonial days.

Lawrence Samantha, our CEO and Indra Darmawan, the CEO of LYFE were live on PAS FM Surabaya – a leading business radio in Surabaya for an after lunch talk show. Then on the evening, we had gathering at Satu Atap Coworking Place.

Medan is the fourth largest city of Indonesia & largest city in Sumatra. It is a trading city that located on the busy strait of Malacca. As a hugely multicultural city, Medan is also linked very well with Singapore & Kuala Lumpur.

Honest Mining start the day by talking on SMART FM Medan for a morning talkshow. We then have a gathering at CocoWork Clapham supported by CryptoWatch Community. It was a full house gathering! Many walk-in attendees unfortunately have to stand at the back due to the space & seat constraints. We were mesmerized with the enthusiasm and simply know that we will have to be back to Medan

Bali, the island of Gods. It is an Indonesian island known for its forested volcanic mountains, iconic rice paddies, amazing beaches and beautiful coral reefs. It also home for many digital nomads from around the world.