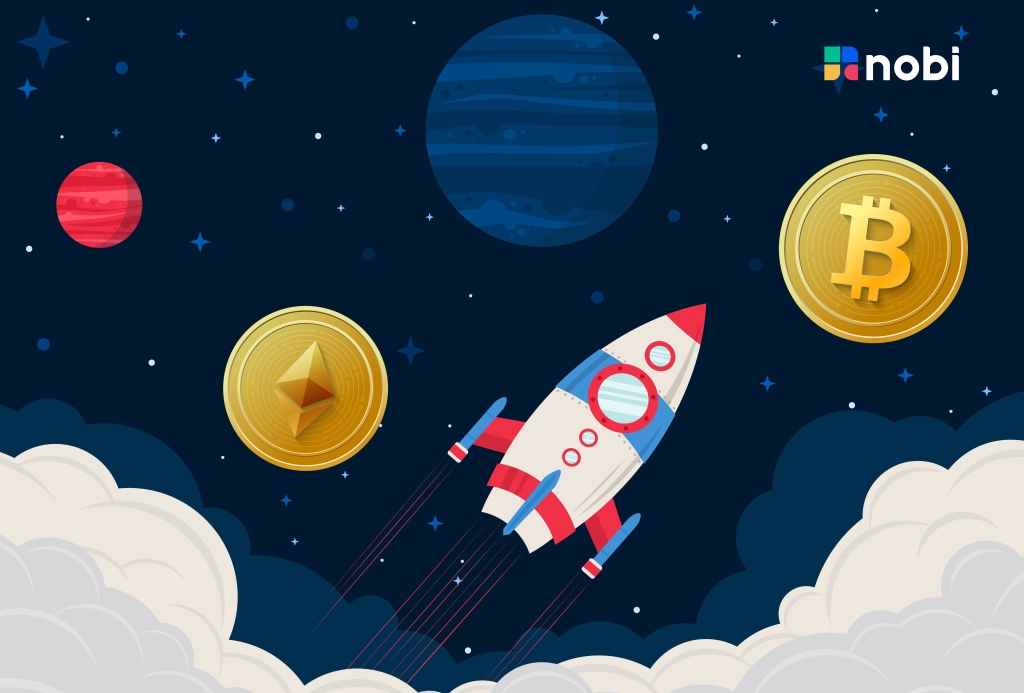 The Crypto Market is Recovering, Bitcoin and Ethereum Set for a New All-Time High?

Bitcoin price reaching $50k for the first time since May!

The crypto market seems like it’s recovering after 3-month bear phase. Now, the price of Bitcoin is close to hitting $50,000 for the first time in 3 months, as the crypto markets continue to recover after their recent turbulence since April. The same goes with the second most popular digital currency; Ethereum, where its price rebounds to $3,000 for the first time since May. Are these signs that the crypto market have recovered? Are Bitcoin and Ethereum set for a new All-Time High anytime soon?

Elon Musk’s announced on May 12 said that Tesla would no longer accept Bitcoin as payment for its electric vehicles due to his concern about the use of fossil fuel for bitcoin mining. The result? Musk sent the price of bitcoin into freefall. Which led the crypto market to lose more than $1.3 trillion, or over 50% of its value.

The next beating came on May 21, with Chinese Vice Premier Liu He called for a strict ban on all sorts of crypto mining and trading activities, citing risks to financial stability. As a result, Bitcoin experienced a low reaching nearly 50% from its all-time high. Elsewhere, Etherum fell to a three-month low on July 20, down 60%.

“One man’s trash is another man’s treasure”. The exodus of Bitcoin miners from China has not been easy, but other countries see this as an opportunity.

In the US, five North American miners gained a 58% increase in the number of Bitcoins mined in July as compared to June. Marathon Digital, Riot Blockchain, Bitfarm, Argo Blockchain, and Hut8, generated 1802 Bitcoins during June. Although the sharp increase, Bitcoin’s market capitalization is yet to return to its peak in July. However, it is showing recovery as Chinese miners come back online from new nodes located outside the country.

After a 3-month bear phase since May, Bitcoin and Ethereum are showing signs of recovery in August. JPMorgan CEO Jamie Dimon, a bitcoin skeptic, once said he would fire any JPMorgan employee who traded bitcoin. But in a surprising twist, JP Morgan announced in July that it will become the first major bank in the US to provide all wealth management using bitcoin and other cryptocurrency funds. The 5 products include; Grayscale’s Bitcoin Trust, Bitcoin Cash Trust, Ethereum Trust, Ethereum Classic products, and Osprey Funds’ Bitcoin Trust.

“The fund will be presented to clients as the safest and cheapest bitcoin investment vehicle available on the private market.” -JP Morgan

The second most popular cryptocurrency is also having a taste in this bull run, thanks to its blockchain upgrade called the “London Hard Fork”. The London Hard Fork is a continuation of the previous Berlin Hard Fork which was launched in April. In this hard fork, developers changed the scheme for the transaction fees (gas fees) on the Ethereum blockchain, while making ETH mining easier. Later, this blockchain consensus algorithm will change from a Proof of Work (PoW) to a Proof of Stake (PoS). As a result, ETH’s price jumped to $ 2.831,49 on August 5.

Ethereum has outperformed Bitcoin in terms of trading volume growth this year. Based on data gathered from Coinbase, Ethereum volume growth through mid-2021 is worth $1. trillion, an increase of 1.461% from the same period last year of $92 billion. While Bitcoin only grew by 489% with a value of $ 2.1 trillion.

The Institutional use of DeFi (Decentralized Finance) is one of the factors why Ethereum overtook Bitcoin this year. This is what makes the Ethereum network even more valuable, and serves to increase financial transactions globally. Some tokens that use Ethereum’s network are AAVE and Uniswap.

The Ethereum network is also jammed packed, after Non-fungible token (NFT) became popular. NFTs are now selling for tens of millions of dollars, or rather, the equivalent amount in Ethereum.

So, will we see a new ATH for Bitcoin or Ethereum anytime soon?

If you have any questions, suggestions, feedback, or even comments, feel free to visit us anytime at roadmap.usenobi.com or join our Telegram community.